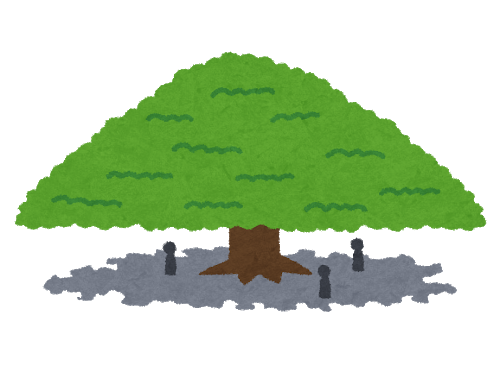 The thought of making up a new language out of thin air can be quite intimidating. Where do I start? What should words sound like?

It’s also quite difficult to block the languages you speak from seeping into your constructed language. For example, suppose you want to create a word for “food”, but the first thing that pops into your mind either sounds quite similar to “food” (fud) or a English-sounding word (gamar). As a result, the words in your conlang don’t sound exotic at all…

But all this is quite understandable! Even computers cannot generate new things at will (this is why we have random number generators).

This post will give you two tips on how to get started with constructing your language.

1. Fix the phonology of your language, so that sound-based constraints delimit the space of possible words for you.

2. Recycle freaky behaviours of natural languages and refashion them for your conlang!

In this blog, I’ll take you through these tips. To start, let’s consider a puzzle about taboo  avoidance in a hypothetical language called Mila.

You’re a researcher who is interested in how in-law relationships (affinal relations) are reflected in the language of Mila. Mila is spoken in Mozambique, and your informant here is named Tani.

You’ve chosen this village as a place of study, as there is a very strong taboo between daughters-in-law and their fathers-in-law. If a wife dishonours this taboo, then she is divorced and exiled. This taboo is manifested in the following avoidance behaviours:

1. Physically, the daughter-in-law is banned from sitting with, eating with, and looking at, her father-in-law.

2. Linguistically, the daughter-in-law is banned from uttering any word of the language containing the stem of their father-in-law’s name.

3. They must resort to various substitution strategies to avoid uttering the tabooed name, in order to express concepts based on their father-in-law’s name. Essentially, daughters-in-law must construct languages for themselves to circumvent this taboo.

So,  Tani is forbidden from uttering any word based on tako “tree”, and must use substitutions in lieu of tako to refer to trees and tree-related objects, which have the common root tako.

But, it is crucial for your own research on in-law avoidance that you eventually know the full range of meanings expressed by Tani in her constructed language.

In order to investigate the full range of meanings, then, you are learning more about the Mila language by consulting the partial lexicon of Mila below.

Remember: your ultimate goal is to know enough about the structure of the language so that you can reconstruct the meanings of the substitution words currently marked ?.

Let’s take it step by step! Study the partial lexicon of Mila and answer the questions below.

From examining the structure of Mila words, you start to see a pattern in Mila syllable structure. Which of the syllables below is a legitimate Mila syllable?

From this, what can you deduce about the structure of Mila syllables? How many consonants (Cs) and vowels (Vs) are there in each syllable, and what order do they occur in? Choose the correct option below.

Mila syllables have the structure…

At this point, you might have also noticed that there are meaning similarities between certain words. For example, matamono “meal”, matakala “pot used for cooking”, and matamola “chef” are all related to the concept of cooking. This leads us to the next question…

What is the stem for “to cook” in Mila?

There is another meaning similarity between words. For example, lukala “tooth”, sakala “pen”, matakala “pot used for cooking”, and wakokala “rock pick” are all words denoting instruments (instruments are objects, or tools, that you used to do things with). This leads us to the next question…

If –kala is a suffix denoting instrumentality, what other meanings do the following suffixes have?

You come across a new Mila word, lapikala. Using your new knowledge of Mila, what might lapikala mean?

Since you have now hugely expanded your knowledge of the Mila language, you are now in a position to complete the table containing Tani’s substitution words for your own research!

Complete your initial table with the missing meanings now.

If you’ve successfully answered the puzzle questions and completed the table (Congrats! Here are some answers if you would like to double-check), you’re now ready to return to the real world—where you wanted to overcome the thorny practicalities of conlanging! In what follows, we’ll link aspects of the puzzle back to aspects of conlanging.

Recall the two conlanging tips provided at the beginning of this blog:

1. Fix the phonology of your language, so that sound-based constraints delimit the space of possible words for you.

2. Recycle freaky behaviours of natural languages and refashion them for your conlang!

So, how did the puzzle relate to these tips?

As you’ll have seen from answering Q1 and Q2, Mila only allows syllables of the form CV, where a consonant strictly precedes a vowel.

But, this seemingly simple constraint on syllables generates quite a sizeable lexicon! You don’t have to think about the shape of the overall word: just focus on each syllable, choose your consonant and vowel, and build the syllables into words. This shows that fixing the phonology of your conlang one way or another is a productive way to go about making new words.

If you choose to fix your phonology in a way that is different from English, this also prevents your conlang’s words from resembling English words. English syllables are not limited to CV structures, so the following syllables are all plausible:

…but in Mila they would not be. This “implausibility” (implausible referring back to English) gives Mila more authenticity as a new, exotic language.

Although Tani’s language has been presented here as a constructed language, the phenomenon here is in fact attested in human language.

This avoidance speech style is called hlonipha and is found in the Nguni languages, spoken in Zimbabwe and South Africa. These languages include Zulu, Swazi, Xhosa, Ngoni, and Ndebele. As described by Herbert (1990), any word with the same root of the father-in-law’s name cannot be uttered by their daughters-in-law.

The following strategies are found in hlonipha:

Here’s an illustration of a similar phenomenon in Mongolian (see Humphrey 1978 for more examples):

If you’re interested, the following table identifies Tani’s substitutions with some of these linguistic strategies.

Most of the time, human languages are already cool enough, and can be a great source of inspiration for conlangers!

There is a great resource which maps out the logical possibilities of how several grammatical phenomena (such as number, person, tense, aspect) are manifested in human languages. This is the World Atlas of Languages Online (WALS, at http://wals.info). Another similar resource is Langscape (http://langscape.umd.edu/), where word lists, texts, recordings, and sound inventories of 6,000 languages are available.

Hope this post was useful and enjoyable, and happy conlanging! All comments are welcome.

— This was original content created by Ruoan Wang, PhD student at Queen Mary University of London.